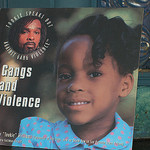 There are many nations with major urban areas and inner cities, large majority populations, failed social policies for the urban poor, and those who depend on the criminal justice system for social control.  However, the U.S. is unique in its presence of urban street gangs.  Gangs are always evolving and are impacted by factors including social exclusion, rapid and uncontrollable urban growth, migration, community disorganization, lack of positive social capital and racism.   Bias, presence of readily available drugs and weapons, difficulties of youth building personal identity, politics, mental health issues, problematic families and the lack of a faith foundation are also influential factors.  All these factors can contribute to ones’ choice to join a gang and can signify lack of hope for one’s future.  A gang may begin as a social group or a form of protection, but evolve to become more prone to violence as it is in the presence of a tagger culture.

Gang violence is systemic in that it takes place in a system that allows and even contributes to this violence, aggression and antisocial behavior. This behavior is used to facilitate the three “R’s”; Respect, Reputation, and Retaliation which becomes a primary function of gang membership. Any disrespect can lead to violence. The culture of gangs uses violence as a link that bonds the members together and with all of its traditions and rituals, the culture is greater than the sum of its individual participant. Gang culture also uses reality maintenance as a process define functionality and reaction of member’s actions. This is where certain actions, gestures, signals, hand signs, colors, clothing and graffiti are used and accepted as respect or disrespect of others common or rival members. In addition, members become disconnected from relatives and outside friends.

The gang member’s mentality is confident, as they internalize anxiety trapped from the past and are usually former abuse or crime victims themselves.  They feel an unequal power which leads them to hate authority.  They mismanage their feelings of power, fear, anger and pain. This mismanagement creates lack of accountability, diminished need for self-reflection and an underestimation of damage.

Interventions should include the gang member being guided through small cumulative successes.  Instead of insisting that the youth altogether leave the gang, efforts should be to encourage the youth to not reoffend, obtain employment, stay in school, or obtain a GED.  These small successes will help them “mature” out of the gang and find legitimate ways to fill the spaces that are being filled by the gang.  In addition, the provider should understand the depth of the client’s involvement, listen to the patient’s reasoning for being in a gang, and not pass judgement.  The provider must control personal biases and avoid criticism, as this will push them away and force them to back to the gang. 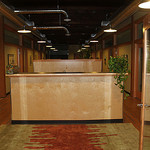